A far-right extremist has murdered a German politician known for his pro-refugee stance. Walter Lübcke, 65, was found dead at his home near Kassel, in the Hesse region of Germany, on 2 June. He had been shot by Stephen Ernst, a 45-year-old man with connections to the neo-Nazi group Combat 18, and a previous conviction for an attempted terrorist attack on asylum seekers. Ernst has confessed to the killing and said that he was motivated by Lübcke’s position in relation to refugees.

Lübcke was a member of Angela Merkel’s Christian Democratic Union (CDU) and well known for his support of the growing number of refugees in Germany. His statement at a town hall meeting in October 2015, in which there were discussions to establish a new asylum seeker shelter, has been cited by both his supporters seeking to show his humanitarianism and his opponents on the far-right who regard him with disdain. Lübcke declared that, “One has to stand up for values here. And those who don’t do so can leave this country at any time, if they don’t like it. That’s the freedom of every German.”

The murder has left Germany reeling. Lübcke’s assassination is the first far-right political killing since the Nazi era. 10,000 people took to the streets of Kassel to protest the violence, and questions have been asked about how seriously authorities have countenanced the rise of extremism on the right. A recent report from the German general prosecutor has found that one group, Nordkreuz, has drawn up a “death list” of individuals, either in left-wing politics or members of groups that support refugees, whilst also stockpiling weapons. Many have drawn parallels between Lübcke’s murder and the killing of British Labour MP Jo Cox, days before the European Union referendum in 2016. At the time, it was regarded as a potential watershed moment, an opportunity for politicians and the public to wake up to the growth of the far-right. It wasn’t – and this will probably be the case for Germany too.

Former Secretary General of the CDU Peter Tauber, has written in Die Welt criticizing the role of the political right in allowing extreme views to creep into the mainstream – in particular, the far-right Alternative für Deutschland (AfD). He wrote that members of his party had allowed the rise of the AfD by being “unwilling to admit that the political right cannot be integrated or tied to us.” The AfD has reacted to the incident with defensiveness. An AfD delegate for the Bundestag, Gottfried Curio, stated that the killing of Lübcke was being used a weapon against his party, whilst another member, Martin Hess, complained that there was a “campaign of annihilation” against the AfD. In the Bavarian parliament, an AfD politician refused to stand in a minute’s silence following Lübcke’s murder.

Such views and actions are symptomatic of the extreme polarization of politics, in which there cannot be compassion for an atrocity regardless of one’s political leanings. Rather, any event is either seen as weaponized for political gain or, in its most extreme form, a “false flag” conspiracy theory. By this point, it is clear that any meaningful discussion with those on the far-right, even with those who have gained legitimate political power, is worthless. As Peter Tauber has identified, attempting to engage with such politics, in the hope of defeating it, has failed. 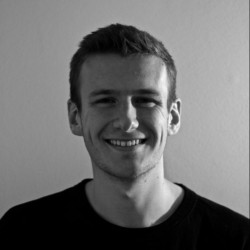 Edwin recently graduated from Oxford University with a degree in History. He is interested in understanding global affairs and how they affect people.