NATO And Russia At Odds In The Black Sea Once More 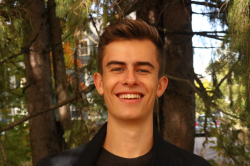 Follow me
Shane Ward
Shane joined the OWP in 2020 and works as a Correspondent within the U.S. Division. He is a keen advocate of young people within peace and security, viewing them as the biggest stakeholders in the future of international politics. Shane is particularly passionate about issues of nuclear non-proliferation and other non-conventional weapons, arms control, and climate change, particularly within the wider transatlantic region.

Follow me
Latest posts by Shane Ward (see all)

Samantha Power, the Administrator of the United States Agency for International Development (USAID), announced via Twitter on 17 July that the Balkan nations of North

Turkey’s Erdogan: Taliban Needs To “End the Occupation Of Their Brothers’ Soil”

This week, Turkish officials confirmed that 1,456 undocumented migrants have been detained near Turkey’s southeast border since July 10—the majority of which are Afghan. Those