On Sunday, Turkey will hold elections in which current President Recep Tayyik Erdogan is running for another five-year term. Conflict has erupted over the campaign, as opposition groups and dissenters have been faced with alarming violence. Last week, four people were killed in violence that broke out during a campaign visit from a member of President Erdogan’s party (the Justice and Development Party, or AKP). The party member was visiting the southeast of Turkey, an area largely populated by Kurds. It is unclear whether the attack was initiated by local store owners, or whether it was the party member’s bodyguards who opened fire. Last month, four others were killed in an attack by members of their rival party. The killings occurred at a campaign booth. These deaths have occurred amid other attacks on opposition supporters which have left many injured.

Following the failed coup attempt in 2016, there has been a crackdown on groups in opposition to Erdogan’s party. Activists have faced bans on political rallies and prevention from distributing flyers and materials. Nearly all of these restraints have been focused on dissenting groups. According to Hurriyet Daily News, the leader of the Republican People’s Party (CHP) has claimed that Erdogan’s party has been employing “mafia methods.” In his condemnation of these methods, the leader cited threats made by the AKP to the families of politicians in order to force them to resign.

Sunday, Turkey will vote on its presidential and parliamentary positions. President Erdogan risks losing office as well as losing his party’s majority in the Turkish parliament. However, this crackdown on opposition increases the likelihood of a victory for Erdogan and the AKP. Eliminating his opposition is one of a few efforts on Erdogan’s part to consolidate power. A referendum was passed last year that changes the structure of Turkey’s parliamentary system and replaces it with an executive presidency. As a result, the winner of this upcoming election will have a much higher degree of power than before.

Erdogan has been campaigning hard, by holding various rallies and drawing attention to the improvements in Turkish infrastructure that have occurred during his time in office. Despite these efforts, Erdogan faces stiff competition. As the Turkish Republic’s longest serving leader, Erdogan is threatened by new faces on the political scene. Most notably, he is up against a parliament member named Ince. Ince, a member of the CHP, has gained widespread support and managed to win the favour of minority groups such as Kurds and devout Muslims. Another candidate, Selahattin Demirtas, has been leading his campaign from a prison cell. Imprisoned by the government on charges of terrorism, Demirtas is the candidate for the People’s Democratic Party. While these high-profile candidates have gained significant followings, Erdogan is still expected to win the upcoming election.

Many people in Turkey are hoping that this election will bring about desired change in the nation. Throughout his campaign, Ince has spoken of the struggles people face, including the high prices of food and rent. According to CNN, Ince addressed the people’s wish to see change, saying “Turkey’s democracy has been destroyed. A single man rules over Turkey. Turkey has to find a way out of this.” Youth in the nation are afraid to speak out against the government, fearing the repercussions of opposition. As a result, the implications for this upcoming election are great. Should Erdogan remain in power, freedom of speech may continue to degrade as people live in fear of opposing the regime. A new leader being elected to power would present the chance for renewed freedom in the country and an end to the current climate of fear and political tension. In order for Turkey to protect its democracy, some change must occur. Voters now must do their best to ensure that someone is elected to office who will bring about this much needed reform. 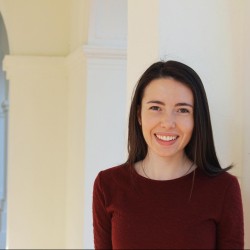 Emily is a junior majoring Global Security & Justice with a minor in Foreign Affairs at the University of Virginia. She is interested in human rights, international relations, and law.