Twenty-five years after pulling out its diplomatic mission from Somalia, the United States has filled a diplomatic void by swearing in an ambassador to Somalia. Ambassador Stephen Schwartz took his oath in Washington, following his Senate confirmation in May. The new Ambassador will be taking over from James Bishop who left more than two decades ago when the U.S. embassy came under threat. Schwartz, a senior Foreign Service officer has also served as deputy chief of missions in Zambia.

The United States established diplomatic relations with Somalia in 1960, following its constituent parts’ independence from British and Italian administration, respectively. A 1969 coup replaced Somalia’s elected government with military rule that reflected both ideological and economic dependence on the Soviet Union. However, during the late 1970s and early 1980s, Somalia’s then socialist government abandoned alliances with the Soviet Union due to fallout over the Ogaden War and the Soviet Union’s shift in support towards Ethiopia which forced the Siad Barre government to seek allies elsewhere. It eventually settled on the Soviet Unions’ Cold War rival, the United States. The US had been courting the Somali government for some time on account of Somalia’s strategic position at the mouth of the Bab el Mandeb gateway to the Red Sea and the Suez Canal.

With the collapse of the Barre government and the start of the Somali Civil War in the early 1990s, the United States was forced to evacuate it’s embassy in Mogadishu. US-Somalia relations were further strained causing the US government to pull out its diplomatic presence and forces out of Somalia in 1993, after militiamen shot down a U.S. military helicopter, killing 18 soldiers. In addition, the dangerous terrorist group Al-Shabaab which emerged as an offspring of the Somalia Civil war deterred any diplomatic relationship between the US and Somalia. However, the American government never formally severed diplomatic ties with Somalia; she led the UN-sanctioned multinational Unified Task Force (UNITAF) in southern Somalia. Following the establishment of the Transitional Federal Government (TFG) in 2004, the U.S. also acknowledged and supported the internationally recognized TFG as the country’s national governing body.

Appointing a new ambassador for Somalia after 25 years is a remarkable milestone in the US-Somali relations. According to Ambassador Schwartz, It is time for Somali authorities to establish a responsive and effective Somali national army to defeat Al-Shabaab and unify the country. The US who has continuously helped the Somali government in the fight against Al-Shabaab hopes this appointment resonates with all terrorists that Somali has international backing and will succeed.  Schwartz’s appointment comes a year after U.S. Secretary of State John Kerry made an unannounced visit to Mogadishu, becoming the first sitting U.S. secretary of state to visit Somalia. Mr. Kerry showed support for the war-torn country and encouraged its efforts to restore normalcy. There is the hope that this new appointment coupled with other international efforts to eradicate the Al-Shabaab terrorists from Somalia and bring peace and stability to the country will go a long way to achieve just that. However, there are no illusions about the challenges that lie ahead, challenges to Somalia’s fight against terrorists, its stabilization efforts, political process and its economic recovery. Notwithstanding, Somalia has made progress because its leaders now see the importance of growth, peace and stability and are working hard to achieve it. 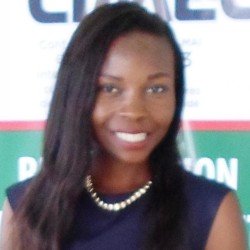