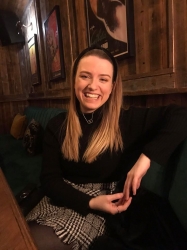 This week, the Pope iterated one of his most assertive statements on vaccinations, urging individuals to get vaccinated as it is a “moral obligation.” Previously

The U.S. Can No Longer Ignore Climate Change

The United States saw some of the worst climate-related disasters in 2021, and it seems as though the problem is only getting worse. Fires have