U.S. Pushing To Send All Asylum Seekers Back To Mexico, Sparking Tensions 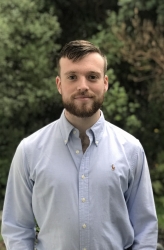