Senegalese Army General Babacar Gaye, head of peacekeeping missions in the Central African Republic since 2014, has been sacked. According to the BBC, this comes after several allegations of sexual abuse by UN peacekeeping forces in the Central African Republic and other crisis areas in the world. This week United Nation’s secretary general Ban Ki-moon requested Gaye’s resignation after it was alleged that a 12-year-old had been attacked by a UN ‘Blue Helmet’ after being dragged from a bathroom where she was hiding and raped behind a truck.

Additionally, Amnesty International recently reported the case of a minor killed alongside his 61-year-old father, a truck driver named Balla Hadji, and the firing of a relative who attempted to come to their aid. It is alleged that peacekeepers from Rwanda and Cameroon were involved.

Ban Ki-moon is reported to have set up an independent panel to examine the handling of these allegations. Announcing his acceptance of the General‘s resignation, Ban Ki-moon stated that he will not tolerate such actions that cause people to replace trust with fear,

Nevertheless, he added that the problem goes beyond one person, and one conflict. In further response, he will be convening a special session today to discuss what he calls “the scourge of sexual exploitation”.

It should be noted that recent reports have presented a very grim picture of long-term abuses by UN peacekeeping forces. In 2013, the case of an 18-year-old victim caught the attention of the media. Four out of the five perpetrators were convicted by a Uruguayan court of private violence and coercion, resulting in lesser charges than those for rape and assault.

Another story that made headlines is the case of French peacekeepers still in the Central African Republic accused of forcing young boys to commit indecent sexual acts. Yet another report unveils the case of around 200 Haitian women who were interviewed, a host of whom were minor. In these interviews, the women revealed that they were forced to have sex with UN soldiers in exchange for material aid.

The violence in the Central African Republic escalated after Séléka rebels accused the government of President François Bozizé of failing to respect the peace agreements signed in 2007 and 2011.  Since then, several cases of violations against women and children have been reported.

The  decision to address issues related to these abuses is crucial for the image of the United Nations, as well as for the promotion of rule of law. Finally, the path towards rectifying these injustices, injustices allegedly committed by those ultimately tasked with maintaining the peace, is a path towards peace itself. 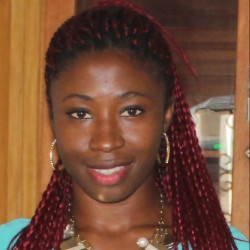