Buthaina Muhammad Mansour al-Raimi survived the airstrike that killed 16 people – including her parents and five siblings – and destroyed an apartment building in Yemen’s capital on August 25. Five-year-old Buthaina’s eyes were swollen shut from the attack, and during an interview with local media at the hospital, she tried to force one of her eyes open to see who was speaking to her. The picture of her making this gesture went viral on social media, with hundreds of people posting their own pictures in solidarity. Buthaina’s picture served as a jarring reminder of the civil war in Yemen which seemed to have been forgotten by the international community.

The lack of concern over this war is shocking because the UN states that over 5,000 people have been killed since the Saudi-led coalition which supports Yemen’s internationally recognized government started fighting Houthi rebels in 2015. The Saudi-led coalition has been blamed for most of the attacks that result in civilian casualties and the airstrike that killed Buthaina’s immediate family and eleven others was one of such. A Saudi spokesman has expressed “deep sorrow for this unintentional accident and for the collateral damage among civilians.”

Another fall out of the civil war, beyond the loss of human life, is the severe humanitarian crisis that has ensued. UNICEF describes Yemen as having “the world’s largest humanitarian crisis,” because 600,000 cholera cases have developed within four months and thousands of new cases are emerging every day. Other diseases like diarrhea and breathing infections are also quickly spreading across the country along with a severe famine. Before the civil war, Yemen was already one of the 20 poorest countries in the world, and over two years of airstrikes, bombings and a blockade of the country from the air and sea has seen the collapse of its already fragile institutions.

Furthermore, a recent UN report found that there have been numerous violations of the laws of war in Yemen, especially by the Saudi-led coalition. Such violations include the targeting of civilians in air strikes, the use of prohibited weapons and the recruitment of children as soldiers. In spite of this, Saudi Arabia insists that it is engaging in proper conduct of war even though the U.N. has ignored its invitations to observe its tactics. While the Saudi-led coalition has failed to push the Houthis out, the tactics they have been employing have had devastating effects on the Yemeni people, particularly the sea and air blockade of Yemen which have prevented aid from reaching the people and compounded the severe famine in the country.

The UN human rights chief has also argued that the international community is not doing enough to investigate the violations of international humanitarian law during the civil war in Yemen. Some observers believe the most immediate way the international community needs to intervene is by seeking to ease the restrictions on humanitarian aid flowing into the country. Yet, countries like the U.S. which have considerable ties with Saudi Arabia seem to be deafeningly quiet about the war in Yemen and Saudi Arabia’s role in it. 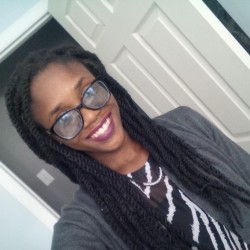