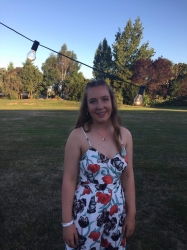 A few weeks ago, the world witnessed a growing military presence of Russian soldiers at the Ukrainian border. This regional conflicted has evolved over difficult

Jobless and penniless families, along with orphaned children—COVID’s impact in India has created an insidious hunting ground for child traffickers. In Al Jazeera’s newest investigation,

Finally, the much-awaited reaction of the Federal government to the Justice Okuwobi Panel of Inquiry on the Lekki Massacre is here. Lai Mohammed, the Minister