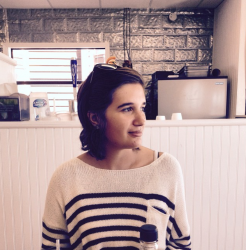 Samantha De Jesus
Samantha is an undergraduate at Boston University studying International Relations and Spanish translation. Her research focuses on migration and the relationship between security and development in Mexico, Central America, and the Caribbean.

In November of last year Ethiopia’s new leader, Abiy Ahmed, who ended a decade-long war with neighboring country Eritrea, launched an attack against one of

Last Monday, Saudi Arabia claimed that it had intercepted a drone on its way to its Abha International Airport, allegedly fired by the Houthi forces

At Last: A Chance At Improved Relations Between Greece And Turkey?

Greece and Turkey have endured a turbulent relationship for centuries. Since Greece won its independence from the Ottoman Empire in 1830, the two countries have