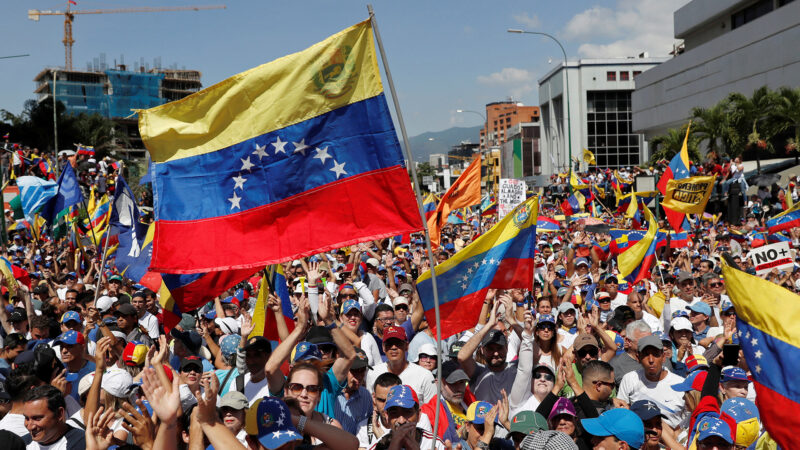 Caleb Loughrin
Caleb has been a Junior Correspondent with OWP since April 2021. He is currently an undergraduate studying Philosophy and Economics at the University of Pittsburgh. Caleb is interested in public policy and strongly believes that cooperative efforts have the power to solve complex political, economic, and social issues without the need for violence. His aim is to help raise awareness of such issues around the globe and promote peaceful strategies for addressing and preventing violent conflict.

The Straight And Narrow Path To Peace In Venezuela

Venezuela is in the throes of one of the worst humanitarian crises in the Western Hemisphere. The numbers continue to set records: an exodus of

Authoritarianism in Latin America has often seen support from the United States (U.S.) when it suits their economic, ideological, and geopolitical interests. When these interests

On May 4th, Venezuelan President Nicolás Maduro announced that his government had stopped an attempted amphibious invasion near the capital of Caracas. In total, with