Bahrain, Egypt, the United Arab Emirates and Saudi Arabia have implemented a trade, travel and diplomatic blockade on Qatar. A recent CNN report has suggested that Russia is behind it.

So, what caused the blockade? Saudi Arabia has been concerned about Qatar’s funding of extremist organizations, such as ISIS, Hamas, and the Muslim Brotherhood. Qatar also has a close relationship with Iran, Saudi Arabia’s arch nemesis in the Middle East.

According to a senior fellow at the Council of Foreign relations Gayle Tzemach Lemmon, “Saudi Arabia felt emboldened after Donald Trump’s visit, and Trump’s administration has had a strong stance on Iran, which is backed by Qatar.”

The situation reached boiling point as reports emerged that the Emir of Qatar, Tamim bin Hamad Al Thani, had praised two of Saudi Arabia’s enemies, Israel and Iran. Qatar immediately denied the allegations, claiming them to be the result of a hack.

A bombshell CNN report suggests that the hack was conducted by Russia in an attempt to divide US allies. If true, Russia’s use of cyber-attacks could be considered a trend after their involvement in the 2016 US election and the 2017 French election.

Despite intelligence confirming the allegations of Qatar’s support for Islamist organizations, the USA has historically maintained close relations with Qatar. Approximately 11,000 US military personnel are stationed at Qatar’s Al Udeid Air Base. That’s more than Qatar’s entire military. Qatar recognizes the security benefits of having a cordial relationship with the United States. Whilst the USA, recognizing Qatar’s problematic support for extremist organizations, sees its relationship with Qatar as having more advantages than disadvantages.

The response from the USA has been mixed. The USA is an ally of both Saudi Arabia and of Qatar. In an attempt to appease them, Secretary of State Rex Tillerson gave a predictably diplomatic response. “We certainly would encourage the parties to sit down together and address these differences,” he said. “If there’s any role that we can play in terms of helping them address those, we think it is important that the [Gulf Cooperation Council] remain unified.”

Unlike Tillerson, Trump picked a side. “So good to see the Saudi Arabia visit with the King and 50 countries already paying off,” he tweeted. “They said they would take a hard line on funding extremism, and all reference was pointing to Qatar. Perhaps this will be the beginning of the end to the horror of terrorism!”

If the CNN report is correct, Trump’s comments are exactly what Russia wants. Alienating Qatar will lead them to rethink their military relationship with the USA and force them to rely more heavily on Iran, Russia’s ally. Despite having overtaken the UAE as the most competitive economy in the Gulf, Qatar’s economy relies heavily on trade. If the blockade is in place long-term, Qatar will be forced to look elsewhere for economic assistance.

Destabilizing the relationship between Qatar and the USA hurts US military operations and bolsters the Russian-Iranian alliance in the Middle East. 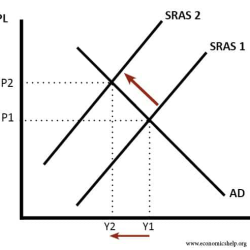 Luke is a Politics, Philosophy and Economics/International Relations student at the ANU. He is passionate about politics and international affairs. His goal is to shine a light on stories that have a devastating impact on global/regional stability, yet receive little media attention or analysis.