While the FWC portrays this decision as a necessity to restore the Australian economy, many view this as a personal attack on the lowest earning Australians. Both full-time and part-time workers in retail, fast food, and hospitality will now have to increase their workload for less reward in order for them to maintain their current lifestyle. University student Helena Doherty describes the decision as “unfair” as working Sundays would “allow her more free time to study so (she) could get a good job after university.” Spotlight worker, Evelyn Kather, earns a mere $600 a week and is set to lose a further $80 from the penalty rate cuts. In an emotional interview, Kather shared she “cannot afford to lose $80” as the $600 she currently earns is barely enough to cover food, rent, water, and internet. Kather went as far as to challenge Prime Minister Malcolm Turnbull to live off $600 and see if he could survive.

Many economists are expecting this decision to cause the hostility of working class Australians towards politicians to intensify. Unions are already preparing to wage war against the government, thereby exemplifying that this decision is already disturbing the peace in Australia. ACTU President Ged Kearney has made a direct statement to the Australian Parliament saying, “Whether it is the prime minister or a backbench MP, no one in parliament can hide from their responsibility to ensure that there is a solution that prevents these hard working people from seeing their pay go backwards.” The Construction, Forestry, Mining, and Energy Union have also shown support for retail and fast food workers, despite not being affected themselves. Each of these unions has vowed to join and even lead protests related to penalty rate cuts.

With this decision expected to come into effect in July of this year, the Parliamentary Library estimates 390,500 workers in retail and more than 342,000 in accommodation and food services will be affected by this decision. That is more than 732,500 people who will have to decrease their expenditure on items and activities, including dining out, social activities in their area, tourism, events, home renovations, extracurricular activities for their children, insurance products, and minor leisure items. Some of these workers will face the fear of not being able to pay rent or buy food as they work harder for less profit. While the FWC ruling to cut penalty rates was supposedly made with the interest of reviving the nation, it may have unintentionally cause Australia to fall apart. 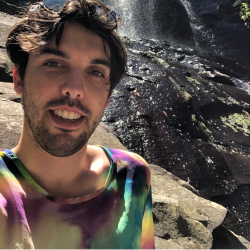