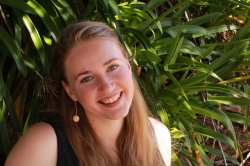 Cassie Ransom
Junior Correspondent at Organization for World Peace
Cassie has a Bachelor of Arts in Psychology and Philosophy from the University of Otago. She will commence postgraduate study in social psychology in 2021 and is particularly driven to understand the group processes which precede intergroup conflict. She writes about the ethics of our financial system for The Seven Pillars Institute and has just started as a junior correspondent for the OWP. Her areas of interest include women's rights and environmental issues.

50 women and girls were kidnapped between the 12th and 13th of January in Burkina Faso in the country’s Sahel region. The BBC reports that

On January 16th the UN envoy for Yemen, Hans Grundberg, cited a major step in Yemen truce deal efforts, but warned against a “piecemeal approach.”