Olympian From Belarus Refuses To Leave Tokyo, Fearing For Her Safety 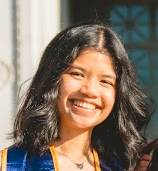 A year ahead of the 2022 FIFA World Cup in Qatar, NGOs, football teams and even players raised their voices against the country’s violation of

Late Monday, the Indian government confirmed their refusal to renew a permit called the Foreign Contribution Regulation Act (FCRA) for the Missionaries of Charity, thus

In the past few weeks, the spread of COVID-19 has been rapidly increasing due to the emergence of a new variant named omicron. First detected