This Friday Kim Jong-un became the first North Korean leader to step foot in the South, as he walked over the demilitarized zone to meet South Korean President Moon Jae-in. The two leaders discussed formalizing the end of the Korean War and the denuclearization of the entire peninsula.

Moon Jae-in was reported as stating, “There will be no more war on the Korean Peninsula and we will be proclaiming the new era of peace is open.” Although the Korean War ended with an armistice in 1953, the two countries never signed a peace treaty that formally declared the end of war. As such, there has been continued tension on the peninsula with thousands of incidents between the North and the South since 1953.

North Korea’s emerging nuclear program has also caused international concern and is a top priority for talks between the United States and the North in the next few months. While the declaration made by both Korean sides involves reducing military hostilities, pursuing arms reductions and transforming the DMZ into a ‘‘peace zone,’’ there is less detail on how these agreements will actually be translated on the ground.

The discussions have produced encouragement and support from leaders across the world, including those from Japan, China, the United States and Australia. Japanese Prime Minister Shinzō Abe was positive but apprehensive, reportedly saying he expects to see ‘‘concrete action’’ from the North.

Although these most recent talks are promising, there have been several denuclearization agreements in the past two decades, none of which the upper side has complied with. Critics say that this latest agreement by Kim Jong-un could be due to the impact of economic sanctions on the country. By demonstrating that he seeks to work towards denuclearization, the tough economic sanctions that are currently imposed on the nation may be lifted.

Officially, the sanctions imposed last September by the United Nations Security Council have banned all major North Korean exports, including seafood, coal and iron. The UN has also significantly reduced the number of petroleum imports allowed into the country that led to a severe shortage.

Although there continues to be black-market trade between North Korea and China, this too has reportedly decreased. While there is limited information on life in the North, it is expected that the people continue to suffer with limited resources.

The devastation that the division between Kim Jong-un’s nation and Moon Jae-in’s has caused is often forgotten in these talks of denuclearization. Families have been ripped apart and many have died before being able to reunite. Furthermore, everyone in the South must complete 21 months of compulsory military service before the age of 30 – largely a result of the tension between the two countries. Young people of that nation are hopeful that a peace treaty will reduce the need of military service or at least the time period required.

While these discussions have not specified the actions the North will take, they demonstrate Kim Jong-un’s willingness to come to the table and his desire for a peaceful Korea. There is hope that this agreement will be different and that, for the first time in 60 years, everyone will see the real possibility of a non-violent Korea. 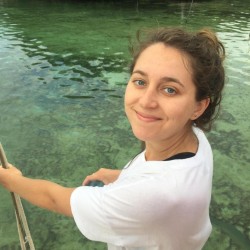