On 15 March, New Zealand was changed irrevocably by the horrendous terrorist attack in two mosques in Christchurch. The attack has shaken New Zealand to its core, and has made the country far darker than it ever was before.

In the wake of this, Prime Minister Jacinda Ardern has provided a promise that “this is not us,” and that we will ensure that it never can be again. Six days after the attack, she came out to say that gun laws would be strengthened, with a primary focus on banning semi-automatic weapons, the likes of which were used during the attack. There are, of course, limitations to this new legislation, primarily including “narrow exemptions for legitimate business use,” encompassing pest control, police, defence force, farming, and sporting competitions. While there will continue to be space for these uses, it will ensure that there are clear limits to who these weapons will be available for.

The improved legislation has been met with mixed responses from the public. Primarily, the response has been positive, with many gun owners choosing to hand in their weapons before the legislation officially came into place. After the way the country has been thrown into chaos since the attack, there has been a desperate response from New Zealanders to create change. Therefore, when Ardern asked for this repeal, New Zealanders embraced the chance to help change the reality of the country into the positive way that we view it. A variety of New Zealand news sources, including Newstalk ZB, the New Zealand Herald, and Stuff, have spoken to groups and individuals who have come out in support of this significant change.

In contrast to this, some social media pages have spoken of the potential negative outcomes of this change. Some response has happened in a similar way to conversations throughout the United States, arguing that these weapons are needed now more than ever. However, it has been proven by the ongoing acts of violence, and continuous stories of the uses of guns to harm, that viewing weapons in this way has not been successful in making change towards a more peaceful society. A petition is circulating to ensure there are laws around weapon handling that remain fair to everyone, as they are concerned that “this reform is unjust to law-abiding New Zealand citizens,” and that “recent changes to New Zealand firearms regulation is ill-advised.”

Ardern is addressing these concerns by ensuring that these issues are addressed, and that the creation of policy is done under careful consideration and conversation. The policy making is being primarily heavily supported, and this will create a new version of our country where an attack like this is unable to happen again. 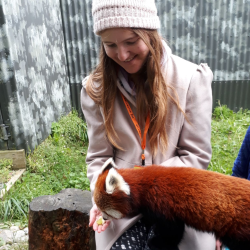