The Rohingyas are an ethnic minority hailing from Myanmar, but in recent years, most have been forced to leave their homes. This relocation has led them to Bangladesh, where they now reside in a refugee camp in Cox’s Bazar. Ongoing persecution of the Rohingyas in Myanmar has dubbed them ‘the most persecuted minority in the world.’

Judges at the International Criminal Court gave the Myanmar Government a deadline for a prosecution request for a potential case hearing in relation to the alleged deportation of the Rohingyas to Bangladesh on June 23. The Myanmar Government were given a deadline of July 27, after a decision from ICC judges requested a hearing in April. If Myanmar accepts the hearing, it could lead to the ICC exercising their jurisdiction over the alleged crimes against humanity.

“Considering that the crime of deportation is alleged to have commenced on the territory of Myanmar, the Chamber deems it appropriate to seek observations from the competent authorities of Myanmar on the prosecutor’s request,” the decision said.

However, as Myanmar is not an ICC member state, the court does not have automatic jurisdiction over crimes committed in the country. Prosecutor Fatou Bensouda argued the court should have jurisdiction over the matter because the Rohingya crisis has affected Bangladesh, which is a member of the ICC. Director-general of State Counsellor Aung San Suu Kyi’s office, Zaw Htay, repeated the sentiment that the ICC could not prosecute Myanmar because it was not a member of the court.

“Because Myanmar is not an ICC member, the ICC can’t do anything to Myanmar, so we have nothing to say about it,” Mr. Htay said.

Approximately 700,000 Rohingya have fled to Bangladesh where they now reside in Cox’s Bazar. Myanmar has denied deporting the Rohingya, however, there has been evidence of crimes towards the Rohingya such as mass graves of Rohingya men and boys and many accounts of rape, killing, torture, and burning of Rohingya homes at the hands of Myanmar security forces.

The U.N. has called this displacement “a textbook example” of ethnic cleansing, with the U.N. human rights chief Zeid Ra’ad al-Hussein suspecting that there has been “acts of genocide” committed against the Rohingya.

With the nature of this human rights crisis, peaceful solutions must be discussed especially for the Rohingya who have been forced out of their homes. By giving Myanmar with a deadline to respond to the request, it calls for peaceful discussion on possible solutions for this situation.

The huge influx of Rohingya refugees requires coordination of resources, especially in the short-term with monsoon season fast approaching and camps not being well-equipped to cope with landslides and other effects of a monsoon. In the long-term, repatriation back to Myanmar has been discussed if the government was willing to let them return.

A list of 8,000 Rohingya willing to return to Myanmar was collected by the Bangladeshi Government, but the Burmese Government said only 300 qualified for return. However, if the Rohingya were allowed to return to Myanmar and be recognized as a genuine ethnic minority, there were concerns with safety as they would be going to Rakhine state where violence is prominent.

With the ICC’s jurisdiction, there would be further discussion on a practical and effective solution for the Rohingya, especially with the ongoing nature of the crisis. 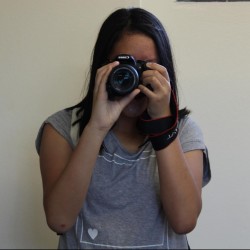 Holly is a student at UNSW Sydney, currently studying a Bachelor of International Studies/Bachelor of Media (PR & Advertising). She is a self-proclaimed Harry Potter nerd and avid Netflix watcher.