On last Sunday night, a surge of resentment among anti-government protesters led to an attack on the Iranian consulate in the holy city of Karbala as they perceived Iran to have interfered in Iraq’s domestic affairs. Demonstrators set up barriers surrounding the consulate wall and spray-painted “Karbala is free, Iran out, out!” as a sign of their frustration and backlash against Iran’s existence in Iraq.  According to BBC news, security forces have mobilized heavy gunfire and tear gas to disperse the growing crowd which caused three deaths during the attack on the Iranian consulate.

The discontent was intensified among Iraqi protesters and is the result of the political and military influence of the U.S. and Iran in Iraq. Protesters have accused political leaders of being subservient to foreign allies without concern for the crisis and the demands of citizens. On the other hand, Iran, which supports the Iraqi government and local Shia Muslim militias, has encouraged the protesters to seek peaceful means for changes within the legal framework.

The protests and the violence are rooted in the long-standing economic turmoil and corruption inherited by Iraq since the U.S.-led invasion and toppling of Saddam Hussein in 2003. According to Abudulla (2015), “The presence of Saddam was a great obstacle to democracy, but his removal changed little.” Iraq has fallen into a streak of crippling instability due to foreign occupation, sectarian conflict, massive unemployment and poor governance. The prevalence of violence has substantially increased, corruption has become more widespread and instability pervades the country.

Poverty and poor governance have continued to affect the lives of people in Iraq and have become a central point on the protesters’ main agenda. According to Al Jazeera, “Millions lack access to adequate healthcare, education, clean water and electricity, with much of the country’s infrastructure in tatters.” Significantly, since protests erupted on 1 October, tens of thousands of people have joined two waves of protests to demand a better quality of life including more jobs, an end to corruption and better services. People in Iraq have frequently demanded reforms and little progress has been made toward responding to the people’s needs. As the outrange and discontent quickly spread, the protest indeed turned to violence. Prime Minister Adel Abdel Mahdi has promised to initiate reform and solutions to the corruption and unequal gap between elite and ordinary citizens through reshuffling his cabinet, cutting the salaries of high-ranking officials and announcing schemes to reduce unemployment but there is skepticism that his promises will come to fruition. They failed to respond to the current crisis and instead triggered people’s discontent.

The unrest has accelerated into spiralling and violent clashes over the issue of economic inequality. Thousands of protesters including students, unions and civilians flooded into the capital city of Baghdad seeking changes. As the unrest continues to escalate, Iraq’s security forces have strengthened themselves to crack down on and disperse the crowd; their methods have included firing tear gas and using heavy gunfire which has resulted in more than 250 civilian deaths and thousands wounded during the two waves of violence, according to a New York Times report. The crackdown has been criticized as being atrocious and inhumane. BBC news stated that “Amnesty International has criticized Iraqi forces for using two types of military-grade tear gas canisters that have pierced protesters’ skull and lungs.”

The economic disparities have pushed many Iraqi people to protest and demonstrate for further reform. The violence and human rights violations have reached a concerning level in which human rights groups are increasingly worried about the tactics used against peaceful protesters in Iraq. Therefore, it is important for governments to consider the voice and needs of the people. The fervor of the people should be recognized and put into current polices to remedy the crisis and the chaos. Iraq is not only currently facing a substantial threat but faces concerning future dilemmas; as a result, concrete reforms must be implemented to restore the peace and order. 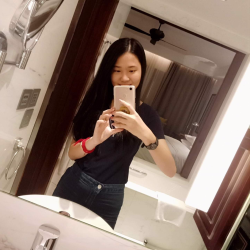 Senior Student in International Relations at Pannasastra University of Cambodia