Palestinian Activist, Majed Al-Zeer wins $13,000 payout plus legal fees from the high court of London for being placed in the World-Check’s terrorism category. The officially court announcement came early Monday the 21st and Al-Zeer has been removed from the list as well. The leading Palestinian activist was originally placed on the “Terror Blacklist” according to his lawyers, because of claims made by the Israeli government that “he was an operative of the Palestinian group, Hamas,” which has no substance in truth. Al-Zeer, a British citizen, who also chairs the Palestinian Return Center or PRC a Lobbying group based in the U.K. has been an annoyance for Iserial due to their calls for “all Palestinian Refugees to have the right to return.”

Majed Al-Zeer told Al Jazeera that the “World-Check has been a bad tool for governments to hammer people who are just trying to say the truth about their illegal activities.” A spokesperson for Refinitiv (World-Check owners) said, “We agreed to change the categorization of Mr. Al-Zeer’s report, however, the information about this individual remains in World-Check due to his connection to an officially sanctioned organization. There are no comments or official accusations made by the Israeli government or spokespeople, that have been publicized on the court’s decision.

The World-Check, until last year, was owned by Thomson Reuters who Zeer originally brought his case against. The current owners are an investment giant called Blackstone who have set up a new risk company. Al-Zeer was not the first to take the World-Check to court, actually, they only found out they were listed in the terrorism category after the Finsbury Park Mosque in London won a settlement in March of last year. These Blacklists can hurt people and organizations as more than just an image problem. Al-Zeer, PRC, the Finsbury Park Mosque, and many others have had their bank accounts shut down as a result of being listed. PRC as an organization reminds listed under terrorism and is considering further legal options.

All of this has brought up many questions and concerns regarding personal privacy. Such as what gets you put on the list? According the Refinitiv’s official privacy statement  if Public Domain Data suggests there is information customers should be aware of for Check or if you are a “politically exposed person” (“PEP”) as defined by the FATF Recommendations or fall into a similar category of persons (for example, you are a senior diplomat, member of the judiciary, religious leader, military figure or trade unionist) under national laws or regulations against money-laundering, terrorist financing, bribery or corruption.”  The second biggest concern is that you cannot easily find out what the database says about you, nor can you find out how they “know” possible information. All of which makes the al- Zeer and the PRC’s concerns of governments being able to blacklist organizations and their members for politically motivated reasons, that much more possible and detrimental to the average politically involved person.

There are benefits to countries being able to share important information on potential, but those national security concerns should not give anyone the power to blacklist people for political or ideological reasons. I think these cases could be a wake-up call for a database like World-Check to take into consideration how they affect business, important organizations, individual people. Refinitiv’s website also said they follow the FATF or Financial Action Task Force recommendations established in 1989 and I think this intergovernmental body needs to revise how their “global standards” can be used to subdue or hurt those speaking out against nations. 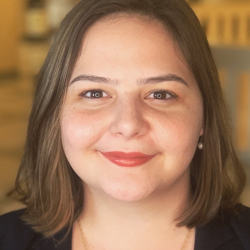