Land Invasions Threaten The Life Of Indigenous People Amid COVID-19 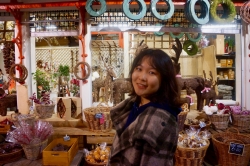 Follow me
Latest posts by Yuexin Li (see all)

Brazil, Indonesia, And The D.R.C. Work to Stop Deforestation

Brazil, Indonesia, and the Democratic Republic of the Congo have the largest area of rainforests in the world. On November 14th, at the G20 summit