More than 20 years after former Yugoslavia’s tragic war, the Balkan countries involved are still experiencing the consequences. Albania and North Macedonia faced opposition by French President Emmanuel Macron on Friday after attempting to progress into the EU. Macron’s decision to reject accession negotiations received a backlash from fellow EU members, who called his decision a “mistake” and an “historic error”.

According to Reuters, Macron cited dysfunctionality within the EU’s “complex decision–making structures” and the EU’s “current shape” as justification for withholding further admission of Balkan countries. He said that in order to consider expanding the EU’s membership, “we need a reformed European Union and a reformed enlargement process…”
Based on the list of qualifications on the European Union website, potential members must have “stable institutions guaranteeing democracy, the rule of law, human rights and respect for and protection of minorities; a functioning market economy and the capacity to cope with competition and market forces in the EU; the ability to take on and implement effectively the obligations of membership, including adherence to the aims of political, economic and monetary union.”

Additional conditions were placed specifically for Balkan countries trying to enter. On top of the general criteria, Balkan countries must also adhere to the “Stabilisation and Association process”, which emphasizes mostly on “regional cooperation and good neighbourly relations.” Balkan countries that are currently members of the EU include Slovenia, Croatia, Bulgaria and Greece.

US State Department spokesperson, Morgan Ortagus, said that “the time to open accession negotiations with Albania and North Macedonia is now,” referring to the ever-growing fear of Russian and Chinese influence on Balkan countries. Without cooperation from the EU, Balkan countries have reverted to seeking closer relations with those outside of the EU. North Macedonian Prime Minister Zoran Zaev warned that because of the EU’s lack of support, China and Russia will fill that void, urging EU officials “not to fade out the bright stars” of the European Union flag. Zaev now faces pressure in North Macedonia to resign.

North Macedonia, along with Serbia and Albania, recently committed to “a declaration creating a co-operation agreement modelled on the EU’s Schengen Agreement, providing for the free travel of people, goods, capital, and services between their three connected countries.” Serbian President Aleksandar Vucic plans to make true on his policy promises of developing tighter relations to China and Russia by planning to sign a free trade deal with the Eurasian Economic Union, according to the Financial Times.

Serbia, whose international relations endured major setbacks during and after the 1990s, attempted to enter the EU in 2014 but was considered even less qualified for membership than North Macedonia. In response to the EU’s decision to block Albania and North Macedonia as well, Vucic advocated for more regional cooperation until the EU can solidly represent support for the Balkan EU candidates.

In an interview with Financial Times, Vucic said, “We need to take care of ourselves. That’s the only way, that’s the only approach. Everything else would be very irresponsible.” He also said that regional cooperation seemed to be stalled in the past because countries “expected a lot more from the EU.” Integrating into the EU is still a main focus for those being considered, but Vucic said waiting for support from the EU in order to progress as independent countries is no longer an option.

Support from a major international organization such as the EU is absolutely necessary for small countries such as Serbia, Albania and North Macedonia to succeed and improve the livelihood of its citizens. Blocking North Macedonia from the EU has already created major damage to its government and economy’s functionality, greatly impacting its civilians. Vucic established an important point, however, about supporting one another as a region before relying on the EU. Serbia, Albania and North Macedonia are successfully avoiding major conflict between regional relations by finding common ground in order to support each other’s economies. Each country is making major strides in continuing to improve and work past their complicated and devastating history. 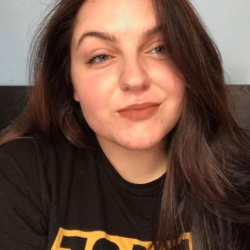 Jovana Vajagic
Correspondent Intern at Organization for World Peace
My name's Jovana and I'm currently a senior at DePaul University. I'm majoring in journalism with a minor in creative writing. My preferred pronouns are she/her. I'm first-generation Serbian American and I've lived in Chicago, Illinois my whole life.