Doctors in Sudan are continuing a strike that began last Monday to protest the government and urge President Omar al-Bashir to step down. Committed to indefinitely striking, doctors are refusing to treat anyone except in emergency situations until the government makes changes. This comes after an expensive hike in the cost of bread, following a series of other increases and shortages that have caused the Sudanese people to protest. Police are combating the protests with tear gas and live ammunition. There are no signs that these protests will disperse soon. Medical students and journalists have now joined the strike and are calling on other professions to do the same in order to reinforce the message of the protesters and show their alliance.

President al-Bashir took control of Sudan in 1989 during a civil war. The United States accused him of promoting terrorism and placed an embargo on Sudan. Even after the civil war ended, violence ensued, primarily in Darfur. Al-Bashir has two warrants out for his arrest for war crimes of genocide and human rights violations. In 2011, South Sudan seceded based on differences in religion and the government’s exploitation of southern resources. Sudan lost almost three-quarters of the oil wealth in the succession. Though the United States embargo was lifted in 2017, the country is still in economic turmoil.

With inflation now reaching 70 percent, the Sudanese people are trying to paralyze the government. Protesters are hoping this will force the president to step down and put an end to the violence and economic struggles that have accompanied al-Bashir’s 30-year reign. One protestor, according to Al-Jazeera, stated that the Sudanese people are just “asking for a better lifestyle, better human rights, and a better life.” This seemingly reasonable request has been met with violence and brutality from government forces. While protesters are unarmed and chanting for peace, Sara Abdelgalil, president of the Sudanese Doctors’ Union in the U.K., told of continued violence being used against them. She told Al-Jazeera that “cases received at hospitals over the past week have shown many gunshot wounds to the head, neck and chest, […] peaceful protesters are being targeted to be killed.” Though Amnesty International reported 37 deaths in the first five days of protests, President al-Bashir asserts good work by the police officers. SUNA, Sudan’s state news agency, reported al-Bashir’s comments on the “model behaviour” of the police, with him stating that they were “conducting their duties with utmost professionalism.” Groups such as the United Nations and Amnesty International are speaking out against the Sudanese government’s methods for responding to the protests and have called for an investigation.

The Sudanese people continue to call for peace in the face of violence perpetrated by the government. People of different professions, different ages, and different faiths are coming together to show their dissatisfaction for their current situation and to ask for change. They are bringing attention to the injustice of their system. The non-violent actions of the Sudanese people should be commended. Sudan has faced a lot of challenges under al-Bashir. Instead of turning on each other, people are coming together to make the future of their country brighter.

The protests started on December 19th and show no signs of relenting. With doctors and journalists supporting the protest and international organizations calling for a halt to violence, the government will no longer be able to ignore their constituents’ requests. Journalist Mahjoub M Salih commented, “In Sudan’s history, people have ended two dictatorial regimes by national revolutions. The current protests threaten the regime and prove the nation’s desire to end it. It’s hard to predict scenarios for the future in this early stage; however, the change is inevitable.” 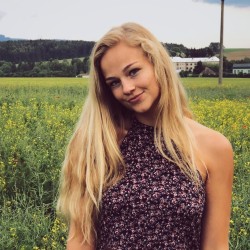 An undergraduate at Occidental College studying Politics and History.