The Department of Homeland Security (DHS) issued a statement Monday, November 6 that the Trump administration would not be renewing the Temporary Protection Status for Nicaraguans— those displaced by the 1999 Hurricane Mitch. After the hurricane, the United States offered Temporary Protection Status (TPS) to 2,500 Nicaraguans and 57,000 Hondurans. Immigrants with TPS are allowed short-term visas to live and work in the United States if it is determined that they cannot safely return home due to environmental disasters, armed conflict, or other outstanding conditions. The TPS has been regularly renewed by both the Bush and Obama administrations. Both presidents feared that countries could not cope with an influx of former residents. The DHS announced in a statement, “Those substantial but temporary conditions caused in Nicaragua by Hurricane Mitch no longer exist, and thus, under the applicable statute, the current TPS designation must be terminated.” Nicaraguans, many who have US-born children, have until January 5, 2019 to leave the United States and return to Nicaragua. However, the fate of the 57,000 Hondurans with TPS remains unknown.

During his time as president, Trump has avidly opposed immigration and has ended several immigration programs. Earlier this year, Trump did not renew Temporary Protection Status for Sudan but renewed TPS for Haitians who arrived after the destructive 2010 hurricane. On theater hand, some argue that Trump has not done enough to end the TPS program. Honduran residents with Temporary Protection Status hoped they would learn their fate on Monday. However, Elaine Duke, the temporary director of the DHS announced, “Based on the lack of definitive information regarding conditions on the ground compared to pre-Hurricane Mitch, the Acting Secretary has not made a determination at this time, thereby automatically extending the current TPS designation for Honduras for six months — through July 5, 2018.”

For supporters of tougher immigration policy, TPS is a burden and should be ended permanently. Others recognize that the people of Nicaragua and Honduras have been living as United States citizens for almost two decades. Congresswomen Michelle Lujan Grisham, the chair of the Congressional Hispanic Caucus, blasted the decision, announcing, “the Trump Administration’s irresponsible decision to end TPS for Nicaraguans will tear apart families and upend the lives of these hard-working individuals. Deporting families who are contributing to the economic and social fabric of our nation isn’t leadership; it’s a reckless and callous abuse of power.” Similarly, House Minority Leader Nancy Pelosi called the decision, “a cowardly assault on thousands of families in communities across the nation.”

For many Hondurans in the United States with Temporary Protection Status, they are preparing for the worst, anticipating their fate will be the same as the Nicaraguans affected by the same hurricane. Some plan to find ways to stay in the country “illegally” while others lament the end of their ability to have lives in the United States. One women, Carmen Paz, told reporters, “I would lose my driver’s license, my health insurance, my job, everything.” Another women, Iris Acosta, said, “it just feels like the administration is playing with us. It just doesn’t seem fair, we’re fighters who came to the US to work hard and the government knows what the conditions back home are.” The latest decisions made about immigration by the Trump administration will have long-lasting consequences and will disrupt the lives of thousands across the United States. For now, many are in a state of limbo, their futures unknown and in the hands of an enigmatic administration. 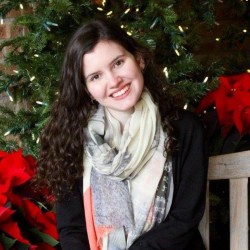 I am currently a student at Bates College studying sociology and education.