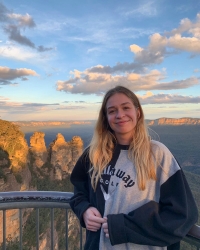 Zoé Duby
Enrolled in a dual degree between Sciences Po Lille (France) and the University of Kent (UK), Zoé studies social sciences with an emphasis on international relations. She has an acute interest in security studies, and is currently completing an internship in diplomacy in Australia.

After Russian authorities placed him under “unprecedented surveillance,” a reputable investigative journalist for the B.B.C. announced that he has left Russia for “exile” in Britain.

On October 8th, Norway hosted the 2021 Nobel Peace Ceremony, recognizing Maria Ressa of the Philippines and Dmitry Muratov of Russia as co-winners of the