The International Criminal Court has convicted Congolese former rebel leader Bosco Ntaganda, dubbed the “Terminator,” as guilty of war crimes and crimes against humanity, according to Al Jazeera. Ntaganda has been charged with overseeing the murder of multiple civilians that were carried out by his soldiers in the Ituri region of the Democratic Republic of Congo from 2002 to 2003. The horrific details of Ntaganda’s victims were revealed throughout his three year trial. Some victims were disemboweled and had their throats slit. Despite this, Ntaganda told the judge that he was “a soldier not a criminal” and that his “Terminator” nickname should not apply to him. According to the Washington Post, Ntaganda had faced 13 counts of war crimes and five counts of crimes against humanity for his role in the brutal conflict that wracked the northeastern region. More than 60,000 people have died since violence first broke out in the region in 1999 and militias have been battling each other for control of mineral resources ever since. However, last year Ntaganda told the ICC that the allegations he was facing were “nothing more than lies.”

When asked about how this trial will affect Ntaganda’s victims, Al Jazeera’s Malcolm Webb stated, “Certainly rights groups and activists who have campaigned for justice and accountability for the many atrocities that have been committed in the Congo in the past decades would see this as a relatively rare moment of justice in the context when people aren’t normally held into account.” However, the trial does have some problems. According to Webb, “another thing that critics will be pointing to is that most of the armed groups operating in eastern Congo do have connections to powerful people – politicians in Kinshasa, or in neighbouring Uganda or Rwanda.” Webb also pointed out that the ICC has been criticized for “placing in the dock people in the middle level of the power structures,” continuing by stating that “in some ways, as one former child soldier told me, Ntaganda was a mercenary operating for these more powerful players.”

The fact that Ntaganda is finally being held accountable for his crimes is certainly a step in the right direction. The fact that it took so long to bring him to justice is disappointing. The crimes that Ntaganda committed and ordered others to do are atrocious. He, along with his soldiers caused so much suffering throughout Congo. It shows progress that he is now in custody and no longer a threat, which may result in less conflict in the region.

According to the BBC, Ntaganda was formerly a Congolese army general, he then became a founding member of the M23 rebel group, which was eventually defeated by the Congolese government forces in 2013. He has also been accused by the United Nations investigators of running a large extortion operation throughout the region. In addition, Ntaganda was the first suspect to voluntarily surrender to the ICC back in 2013.

It is unclear how exactly this trial will affect the Democratic Republic of Congo in the future. Ntaganda was the cause of large amounts of bloodshed and violence for many years. It is hopeful that his reign of terror has finally come to an end as the country has been in conflict for more than 20 years. Now that he is in custody, there are hopes of paving the way to a more peaceful future in Congo with dissipating conflicts. 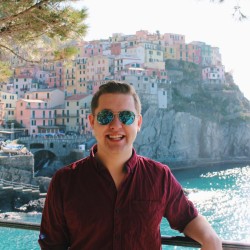