Every year in Australia as it nears 26 January, there is raging debate about changing the date of Australia Day. This date marks the day that the First Fleet arrived at Port Jackson, and Captain Arthur Phillip planted the Union Jack at Sydney Cove to signify the inception of a new British colony in 1888. Since then there has been a long history of Australia Day protests, with the first documented Aboriginal protest in 1938, as well as a 40,000-person protest in Sydney in 1988.

Despite the enormous loss of Aboriginal life as a result of British colonization on this date, a poll conducted by the Australia Institute revealed that less than half of respondents identified the First Fleet as the reason why 26 January is celebrated as Australia Day.  Moreover, 56 percent of Australians do not mind when Australia Day is held, as long as there is a national day of celebration. Therefore, Australia Day could easily be celebrated on a day that does not commemorate the invasion of the native Aboriginal people and their land.

26 January was first identified as a public holiday in 1818, on the 30th anniversary of the British landing and was known as foundation day. It was not until 1946 that 26 January officially became known as Australia Day, when the Commonwealth and the state government agreed upon a national day to celebrate the anniversary of British colonization. Moreover, the Australia Day public holiday was not consistently held on 26 January until 1994, which was only 24 years ago.  In comparison to the 60,000 years that Aboriginal people lived on the continent before British colonization occurred, 24 years is a very limited amount of time. Promisingly, according to the Australia Institute, 49 per cent of people believe Australia Day should not be on a day that offends Aboriginal Australians, despite the Prime Minister stating he was ‘disappointed’ by calls to change the date. 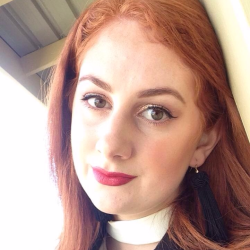