At least 95 have died and 158 have been injured in the Afghan capital of Kabul after Taliban militants detonated an explosive-laden ambulance in a densely-populated area.

Passing through a police checkpoint into the central ward of the city, officials believe that the target of the attack was an interior ministry building a short distance away. This area is also home to the offices of the European Union, a hospital, schools, and a popular shopping district, which was heavily-crowded at the time of the explosion, resulting in what witnesses and first-responders have described as a “massacre.” Many have questioned how the attackers managed to proceed through the police checkpoint. BBC correspondent Zia Shahreyer pointed out that it is difficult to travel through them because all “cars are searched and drivers’ identities checked.” Commenting on this, Nasrat Rahimi, a spokesperson for the Interior Ministry, stated that the attacker informed the police manning the checkpoint that he was rushing a patient to the Jamhurait hospital, located within the ward. The use of an ambulance as a weapon has been called “harrowing” by the International Committee of the Red Cross and may necessitate a review of current security measures in place throughout the country.

This attack is the latest in a series committed by the Taliban-affiliated Haqqani network, coming only days after a raid on the International Hotel, also located in Kabul, which resulted in 22 dead. This renewed effort is to remind the international community that, the Taliban, “remains a force to be reckoned with,” says Afzal Ashraf, a member of Nottingham University’s Centre for Conflict, Security and Terrorism. This has worried many in the international community, and has lead to a calling for action against the militant group. However, according to Kabul-based researcher Abdullah Fahimi, it is these actions that have emboldened the Taliban to increase the magnitude and frequency of their offenses, stating that, “[these attacks] could be in response to the government’s recent efforts to pound out the Taliban in remote areas, in addition to recent US sanctions on its members.” The sanctions referred to here include those levied by the American administration against individuals linked to the leadership of both the Taliban and Haqqani network, depriving them of much needed financial support. This, paired with the Trump administration’s plan to bolster the American military presence in Afghanistan is, “clearly not working,” said Ashraf.

As such, many are seeking to implement a more peaceful solution, hoping that strengthening the Afghan central administration could provide a meaningful counterbalance to the sway held by the Taliban and their allies. Comments made by the head of the United Nations Mission in Afghanistan, Tadamichi Yamamoto, call for the legal institutions of the state to be supported, desiring for, “… those who have organised and enabled [the attack] must be brought to justice and held to account,” instead of military retribution. Afzal Ashraf adds that there has been a minimal effort by the government of Afghanistan’s international allies into, “providing a political solution,” a reality which has resulted in the current emphasis on militaristic solutions. For Afghanistan to begin moving away from a climate of violence and fear, violence and fear cannot be wielded as tools. In recognising the agency of the Afghan central government, and equipping them with the tools to deliver necessary services and capacity-building programs to their people, will result in the formation of a political climate of domestic and international support, depriving the Taliban and their allies of the power to continue their campaign of hate. 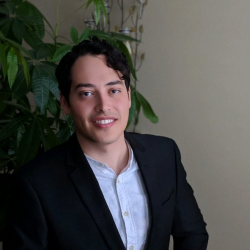