Belarus’ Pro-Democracy Uprising And Political Transition – Another “Referendum” On Constitutional Reforms On The Horizon? 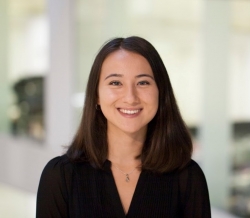 Aya Wietzorrek
Correspondent in the European research and reporting division of the OWP.

Aya is a graduate in International Development from The University of Manchester. She has previously interned with GIZ, the German Corporation for International Cooperation, in the Civil Peace Service project in Jordan, and is currently a research intern in the Governance and Inclusive Development Group at the Amsterdam Institute of Social Science Research.

Aya's particular interests include the transnational governance of inclusive and sustainable development and human rights (law).

Three days ago, a suicide bombing took place in the Afghan city of Kandahar– 47 people were killed as of October 18th, and at least

Britain is solidifying its geostrategic presence in Asia through the deployment of naval vessels to the Indo-Pacific. The increase in militarization comes as China continues

This week, the United States was elected to the United Nations Human Rights Council, a council that it left voluntarily under the Trump administration in