Foreign ministers of the Association of Southeast Asian Nations (ASEAN) member countries issued a strongly worded statement on rising tensions in the South China Sea this week, only to retract it just hours later. Whilst the communique did not mention China specifically, it did appear to rebuke Beijing over its increasingly assertive actions on the sea.

The Malaysian foreign ministry released a statement stating that “we expressed our serious concerns over the recent and ongoing developments, which have eroded trust and confidence, increased tensions and which may have the potential to undermine peace, security and stability in the South China Sea.” Furthermore, the statement “emphasised the importance of non-militarisation and self-restraint” for all parties dealing with the regional tensions. However, despite the communique’s wording being consistent with recent statements by ASEAN, a representative of the Malaysian foreign ministry reported that it had been rescinded for “urgent amendments to be made.” China seems to be in denial that any such communique ever existed, with foreign ministry spokesperson, Lu Kang claiming that it was “not an official ASEAN document.”

It appears likely that the statement drew private protest from Beijing given that the ASEAN ministers were in China for a special meeting at the time. This comes as the region braces for The Hague’s ruling on the arbitration case filed by the Philippines against China’s sweeping territorial claims in 2013. China does not recognize the arbitration, reacting with hostility to the Philippines’ legal efforts. Beijing has promised to reject the outcome of the tribunal, however, should China keep this promise, the region will become increasingly destabilized. This will severely damage the legitimacy of the 1982 United Nations Convention on the Law of the Sea (UNCLOS), which China has not only ratified, but they also played an integral role in negotiating the document. With the UNCLOS system potentially undermined, the ability of international law to solve the problem peacefully will be void, leaving military hostility as the likely counter-option. This course of events will also require a response from affected Asian nations, the United States, and international institutions, such as ASEAN itself.

The retraction of ASEAN’s communique raises potential questions about the willingness of its members to jointly stand up to Chinese expansionism in the South China Sea. To date, the statement has yet to be reissued. If it does get re-released with a softening of the language, or if it omits the issue completely, it may be representative of ASEAN’s inability to counter its strongest member. Indeed, ASEAN’s unity over the South China Sea has been a point of tension in the past. For example, at the 2012 Cambodia Summit, ASEAN, for the first time in their history, failed to issue a joint communique in response to a highly publicized stand-off between the Philippines and China. Should the Hague rule in favour of the Philippines, and China refuses to comply, it seems unlikely that ASEAN will be willing to universally condemn this action.

Given that, before it was retracted, the original communique released earlier this week “stressed the importance of maintaining peace, security, stability and safety…in accordance with universally recognised principles of international law,” the message seems clear: international law is important, just as long as it is not in China’s way. 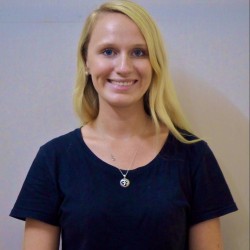 Prue grew up in Melbourne, completed a Masters of International Relations in Queensland and is now happy to call Phnom Penh home. Currently she is one of WhyDev’s inaugural Fellows, working with SHE Investments, a social enterprise dedicated to women's empowerment. Prue is a passionate advocate for gender equality and is interested in learning more about the connection between women and peace-building. She believes life is a balance, particularly between her love of hiking and her fear of snakes.