After 22 hours of debate and with a vote of 129-125, the Lower House of the Argentine Congress has voted in favor for a bill that would permit abortions within the first 14 weeks of pregnancy. Currently, except for in instances of rape or when the mother’s health is jeopardized, abortion is illegal, and women face up to four years of imprisonment. Hours before the vote, it seemed as if the bill would fail, until lawmakers, such as Sergio Ziliotto, had changed their vote to “yes,” which ushered in a turning point in the night-long debate. The bill will now be presented to the Senate come September, where many members have already expressed their fierce opposition. In predominantly Catholic Argentina, the debate is a rarity, with division seen within the political parties themselves rather than between them. This was mirrored outside the chambers, with supporters donning green flags and opponents bearing pink flags, causing police to erect barriers to prevent ensuing violence. According to BBC, President Mauricio Macri had urged his party to vote according to their own conscience and had agreed to not veto the bill if it were to be passed by Congress.

Following the results, Salil Shetty, secretary general of Amnesty International, took to Twitter, calling this a “historic step.” Similarly, according to NPR, Amnesty International Argentina’s Executive Director Mariela Belski believed that this could “end a vicious circle where women have no option but to risk their lives, their health, and their freedom if they are sent to prison.” According to Belski, the criminalization of abortion “has no basis in international law.” Conversely, according to BBC, Horacio Goicoechea upheld his belief that this bill is “building a law on innocent blood.” In an article by The Guardian, Esma museum director Alejandra Naftal had likened the crowds to “the women who organized themselves against the dictatorship four decades ago, such as the Mothers and Grandmothers of Plaza de Mayo.” The Esma Museum, where Naftal works, was home to a naval base, where over 5,000 people were murdered during Argentina’s dictatorship.

Setting aside both personal morals and religion, this bill tackles a public health issue affecting both Argentina and Latin America. Due to rigid abortion laws and the timely process to obtain a judge’s approval, many women resort to illegal terminations, such as illegal medication and surgery, both of which poorer women cannot afford. Instead, they opt for either riskier medication or backstreet abortions. Should complications arise, rich women are able to consult their own doctors, while most women must resort to public hospitals, where they face the higher risk of being reported to the police. According to The Economist, in 2014, over 47,000 women had been hospitalized due to complications. This fear obstructs women from obtaining appropriate health care and thus adversely affects their health. This, along with the chance of imprisonment, has the potential of impacting household income. In a country where poorer families have more children and where the female labour force participation rate is almost 60%, this reduction in household income may lead to lower rates of educational attainment due to family members taking on menial labour, all for the sake of making ends meet.

Recent momentum is largely the result of feminist groups, such as Ni Una Menos (Not One Less), a group that has recently expanded their efforts to more liberal abortion laws in Argentina. On March 8th, International Women’s Day, over 200,000 women across the country took to the streets, asserting the legalization of abortion as a human right. On the other hand, according to the Catholic News Agency, over 417,000 signatures were presented to the Argentine Congress, urging members to uphold current abortion laws. The Lower House vote occurs a year after Chile had relaxed its previously total ban on abortion and almost six years after Uruguay narrowly voted to allow women limited access to abortion. This past May, Ireland, another country with a largely Catholic population, had recently voted to overturn its abortion ban.

If the bill is successfully passed by the Senate, Argentina will become the largest country in Latin America to legalize abortion. In a region where Catholicism shapes the law, this has the potential to set a precedent for other countries, such as El Salvador and Honduras, where abortion is still banned under any circumstance. Perhaps the biggest outcome of this, however, is a signal to the international community that change within historically religious populations is possible. Said Jon O’Brien, the president of Catholics for Choice, “Catholics revere individual conscience and support policies that allow all women – especially those without power and privilege – to make their own moral decisions about their bodies safely and freely,” thus igniting hope for more change to come in the Latin American region. 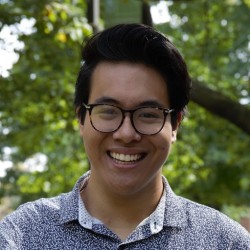