Authorities stormed the mansion of Ridouan Taghi last Monday, placing the Netherlands’ most-wanted man under arrest. Taghi, 41, used false documents to enter the United Arab Emirates (U.A.E.) in 2016 and had outstanding international warrants for murder and drug trafficking. The combined law enforcement agencies consisting of the Dubai Police, INTERPOL and Dutch National Police Corps conducted the raid. Although the U.A.E. and Netherlands don’t share an extradition treaty, the U.A.E. helped organize Taghi’s transfer to a Dutch prison in Vught, where he is awaiting a trial set for 2020, Gulf News reported.

The Dutch police chief, Erik Akerboom, told The Guardian that Taghi’s arrest was of “great importance for the Netherlands.” While this is undoubtedly a victory for the country, law enforcement has struggled to destabilize the crime networks that have taken advantage of inherent flaws in the Netherlands’ liberal drug policies. Jan Struijs, chairman of the biggest Dutch police union, told the BBC that “Police understand but don’t have the means to intervene. It’s not only the budget cuts… youth prevention teams have gone. So young people are falling under the radar.” The BBC also interviewed Wouter Laumans, the co-author of Mocro Mafia, who explained that youth idolize drug lords like Taghi because “they want to make money.” Laumans also said that “If you… don’t have the brains to wrestle yourself out of that world, this is their means. It’s not just a drug problem, it’s a social problem.” Robert Saviano, a celebrated Italian author and crime journalist, told Dutch newspaper de Volksrant that traffickers “know whoever controls the Netherlands has one of the arteries of the global drug market.”

The joint operation leading to Taghi’s arrest is a clear example of why cooperation among law enforcement agencies is necessary to dismantle organized crime across the globe. For the Netherlands though, Taghi’s arrest is merely the first thrust into the country’s criminal underbelly. Stories highlighting the extent of drug trafficking in the Netherlands continue to proliferate because the practice “goes unpunished… and is socially accepted,” writes author and DW columnist Anabel Hernandez, who added that the majority of drugs produced in the Netherlands are exported for sale in the United States and Australia. Revenue generated from the purchase of drugs—even outside the Netherlands—could be supporting the violence and environmental destruction brought about by this lucrative market. Erik De Jonge, a forest ranger in the Netherlands, has been working to mitigate the effects of illegal drugs production—specifically the toxic waste byproducts of ecstasy manufacturing—in the Brabant region. In an interview with VICE, he explained that “ecstasy users are often intelligent, highly educated young people who take a pill at a festival but have no idea what’s behind it.” Individuals who seek out illegal drugs have a responsibility to be more conscious of where they come from. Lacking consumer awareness makes it easier to unknowingly support organized crime across the globe.

Taghi operated at the top of the Netherlands’ €900 million drug trade, which is only a fraction of the €19 billion international trade. Taghi started trafficking cannabis until switching it out for cocaine in the mid-2000s. According to BBC, South American cartels first export cocaine to West Africa. From there, traffickers transport the drugs “north over old smuggling lines from Morocco and young Moroccans whose parents had moved to the Netherlands still had family connections and migration routes to tap into.” This has spurred the growth of violent, cocaine-peddling gangs like the ‘Angels of Death,’ whose leader orchestrated a series of assassinations and attempted murders with the help of still at-large associate Said Razzouki. Taghi ordered the assassination of Derk Wiersum, a criminal law attorney representing crown witness and former ‘Angels of Death’ member Nabil B. Wiersum, a 44-year-old father of two, who was shot and killed in broad daylight just outside his Amsterdam residence in September. The blatant nature of the assassination reflects the 59 per cent of Dutch citizens who believe the Netherlands is a narco-state—a country whose economy relies on the sale of illegal drugs. Despite the multitude of killings associated with the “Marengo” case—which included the assassination of Nabil’s brother, Redouan B—Dutch Police offered no protection to Wiersum. Justice Minister Ferd Grapperhaus said that because of his murder, security teams would be established to protect individuals involved in the case, Reuters reported.

Organized crime uses these vast smuggling networks by any means necessary. They mould entrapped youth into the traffickers and contract killers who enact the brutality transforming the country into a narco-state. Dutch authorities long for the funding needed to reinstate programs that deter crime across the country. Until these needs are met, organized crime will maintain their hold on the Netherlands’ economy and populace. 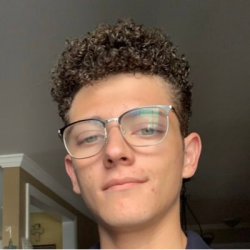 One thought on “‘Angels Of Death’ Drug Lord Arrested In Dubai”