In the Nigerien town of N’Guigmi, ten people have been killed and at least nine more have been injured in a terrorist attack suspected to be carried out by the jihadist terrorist group, Boko Haram. Two female suicide bombers killed themselves by detonating bombs inside police barracks as well as near N’Guigmi’s town hall. Following the bombings, civilians were attacked by gunmen and homes were set on fire. Amid the chaos, wounded civilians were rushed to the nearest hospital and treated.

The assault on civilians is nothing new for Nigeriens, so it comes to no surprise that inhabitants of the town did not hesitate to blame Boko Haram for the attack. The only statements released about the attack come from N’Guigmi’s mayor describing the events that took place. Nigerien president Mahamadou Issoufou has recently been silent in regarding this attack and the other multiple attacks in other areas of the Diffa region that have happened at the hands of Boko Haram terrorists.

Niger is a landlocked country that is surrounded by areas of poverty, civil-war, humanitarian issues, and general violence that bring masses of people to its borders. As Boko Haram is based out of neighbouring Nigeria, there has been a significant number of fatal attacks connected to the terrorist group in Niger since 2015. Boko Haram’s terrorism in Niger has been characterized by massacres, looting of stores, and suicide bombings that specifically target police and government buildings. Niger is a developing country, and it has repeatedly struggled to approach security challenges adequately in order to stop Boko Haram’s spread inside its borders. According to Freedom House, the Nigerien government uses this as an excuse to restrict civil liberties such as transparency, economic prosperity, and gender equality.

Despite Niger’s lack of security and resources to protect its people, President Issoufou has denounced any help from other countries, including the United States. After a botched raid in which five Nigerien and four U.S. soldiers died took place last April, Issoufou released a statement to The Guardian saying that Niger is “not asking foreign forces to fight in [our] place…what is asked of our allies is that they help us reinforce the operational capacity of our security forces through training, equipment and intelligence.” He also claims that he is battling to ensure the country’s security by turning away outside forces from aiding in terrorist prevention.

The recent attacks prove to be a sign that Issoufou is not holding true to his word and that his citizens are at risk of falling victim to Boko Haram’s campaign of violence in the name of jihad. Despite the regime’s disregard and limitation for civil liberties, the president has promised to step down in 2021 to show good faith and that he supports a smooth transition for the country. As no affirmative action has been taken by the current administration, the elections in 2021 will be crucial in determining the future security provisions of Niger. Civilian life and stability are a prominent issue that deserve a promise of action by political campaigners and the next presidential administration. More so, there needs to be a stronger joining of forces national and international in order to prevent the ceaseless bloodshed and brutality that are continually at the hands of Boko Haram in Western Africa. 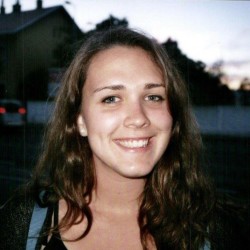 Correspondent at Organization for World Peace
Student at the College of Charleston, pursuing a B.A. in International Studies and Spanish. Impassioned to promote discourse and awareness to find solutions for global humanitarian issues.